Stephen Baker is an English barrister and Jersey Advocate, and Chairman of the Governing Body of the Institute of Law. He is senior partner at Baker & Partners. He was called to the English bar in 1989 and is a highly experienced court room advocate. Stephen practised at the English bar for many years before moving to Jersey where he established Baker & Partners. He specialises in complex international commercial and trusts litigation as well as retaining a niche practice in criminal and regulatory law.

Sir Philip Bailhache is a graduate of the University of Oxford, an honorary fellow of Pembroke College, and an Honorary Bencher of the Middle Temple. He is an English barrister and an advocate of the Royal Court of Jersey. In Jersey, he served successively as Solicitor General, Attorney General, Deputy Bailiff and most recently Bailiff (1995-2009). He was appointed a commissioner of the Royal Court in July 2009 but retired from the judiciary in July 2011. In October 2011 he was elected as a Senator of the States of Jersey. He is the founding editor of the Jersey and Guernsey Law Review and the founder of the Jersey Legal Information Board which publishes a legal information website at www.jerseylaw.je

Helen De La Cour is an Associate Director within the Financial Crime Strategy Team of the Government of Jersey. She is an English qualified solicitor and was admitted as a professional member of the Institute of Chartered Secretaries and Administrators in 2018.

Dr Eloise Ellis is currently the Associate Pro Vice Chancellor, Education and Curriculum at the University of East Anglia. She has previously served as the Associate Dean, Learning and Teaching Quality for the Social Sciences Faculty and before that the Law School’s Director of Learning and Teaching. Eloise joined UEA in 2011, having previously lectured in Public Law at King’s College London and Queen Mary, University of London. She is the Course Director for the GDL and M100 Programmes and the Module Convenor for Constitutional and Administrative Law.

Eloise is a Visiting Professor at the University of Salzburg, the Université Catholique de Lille, the Institute of Law, Jersey and the University of London (International Programmes). She is on the Executive Committee of the Society of Legal Scholars (SLS). Eloise is also a member of the Academic Panel of Francis Taylor Building Chambers.

After graduating from King’s College London with LLB (Hons) (First Class), and before commencing her academic career, Eloise worked as a political adviser and policy manager for organisations ranging from the Country Landowners’ Association to the London Chamber of Commerce and the British Retail Consortium. She then spent a couple of years at a Government Department, where her roles included working for a Minister. Eloise has been involved with the University of London international programmes for over 12 years and for several years has been the subject guide author for Public Law.

Jeremy Heywood is a civil and commercial litigator and has extensive experience in immovable property and planning, contentious trusts, insured risks and commercial and contractual disputes. Jeremy was educated at The University of St. Andrews where he graduated with an MA in Ancient History. He then attended the Inns of Court School of Law to study for his Bar Vocational Course. Jeremy speaks fluent French and enjoys wine, reading and travel. He appears regularly before all the Island’s courts.

Carl Howarth is Principal of Jersey College for Girls.  He holds a Bachelor of Education from Cambridge University and a MA from Leeds University.  He is also a Trustee of the Jersey Employment Trust and past president of the Lions Club of Jersey.

Professor Holmes has worked in Higher Education as an academic and then as a senior manager from 1984 until 2014. Her last post was Deputy Vice Chancellor at the University of Wolverhampton.

Ann has also been actively involved in the work of the Quality Assurance Agency since 2003. This has involved undertaking reviews of HE providers both in the UK and overseas, reviewing Degree Awarding powers applications, hearing appeals and investigating complaints.

Since 2014, as well as continuing to undertake work for QAA, she has acted as a HE consultant in the field of quality assurance and enhancement at several institutions, including Goldsmiths, Westminster, Gibraltar and Arden university.

She is also an approved reviewer for the QAC in Hong Kong and has recently worked with City University in reviewing their quality assurance processes.

Professor Holmes has been an external examiner at 8 different institutions, chaired the advisory board to UK Centre for Legal Education, acted as secretary to the Committee of Heads of University Law Schools and has been a member of the Law Society Committee for legal education.

Paul Marett is a highly successful IT executive with a strategic focus. He has a strong record of achievement, having managed a substantial IT service delivery business for 25 years, providing services to various industries including finance and Channel Islands’ local government. An active committee member of the Jersey branch of the Institute of Directors, Paul was appointed as Director of Information Technology at Jersey Post in January 2012.

Elaine is presently the Viscount of the Royal Court of Jersey and as such is the Chief Executive Officer of the Jersey Courts.  She originally qualified as a solicitor in Scotland and is a Jersey advocate.  She has had a long career in private practice, in-house and public sector roles, specialising in mergers and acquisitions, financial services, data protection and insolvency.  Elaine has a keen interest in legal education and was a member of the Board of Examiners for eight years as well as being a member of the Law Society’s Education and Legal Resources Sub-Committee.

David is a Fellow and life member of the Institute of Chartered Accounts in England and Wales. He served as an Officer in the Royal Navy, specialising in anti-submarine warfare in the Fleet Air Arm flying Sea King helicopters. On leaving the Royal Navy, he returned to Jersey to train and qualify as a Chartered Accountant and was managing partner of his practice and managing director of the associated trust company.

In 2013 he was appointed as Her Majesty’s Receiver General for Jersey, a post he held for seven years, working from the office of the Lieutenant Governor of Jersey.

Fraser Robertson is a partner and Group Head of the Dispute Resolution department in Jersey. He is a commercial litigator who advises on all types of commercial disputes. He specialises primarily in trust, contractual and professional negligence, as well as fraud and asset tracing, and regulatory matters. He has acted and appeared before the Jersey courts in a number of significant trust disputes. He has contributed to various publications, including the Jersey Law Review. Fraser is a keen speaker at seminars and conferences, particularly on trust litigation matters.

Fiona Smith is Head of Business Management and Governance for the Department for the Economy within the Government of Jersey. Fiona has worked for the Government for over 20 years and is a qualified teacher. She has a MSc in Psychology, a MEd in Leadership and Management, is an International Compliance Association Member with a Diploma in Governance, Risk and Compliance, is a Chartered Manager and Fellow of the Chartered Management Institute.

Amy Wilson is a financial and corporate lawyer at Mourant Ozannes. She advises global corporate and financial institutions on a wide range of transactions, including mergers and acquisitions, schemes of arrangement, listings and banking and structured finance transactions. Amy studied for both her University of London LLB degree and Jersey Law Course with the Institute of Law. 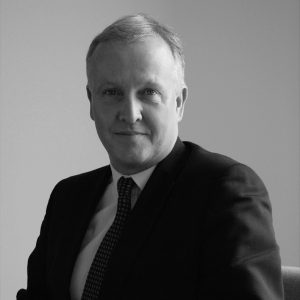 The Institute of Law appoints new CEO and Dean

The Institute of Law is delighted to announce the appointment of Miceál Barden as Chief Executive Officer and Dean. He will start in the role on 14 February 2022. Miceál

New Interim Chief Executive and Dean of the Institute of Law

The Institute of Law is delighted to announce the appointment of Dr. Mark Humphreys as interim CEO following the departure of Professor Janine Griffiths-Baker. Dr. Humphreys has an enviable track 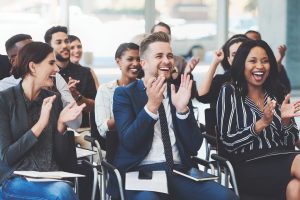 Join the Institute’s Board of Governors

On Saturday 20 March, our Associate Dean, Dr. Sasha Holden, was interviewed on BBC Radio Jersey talking about student success, studying law in Jersey and tackling discrimination in the profession.